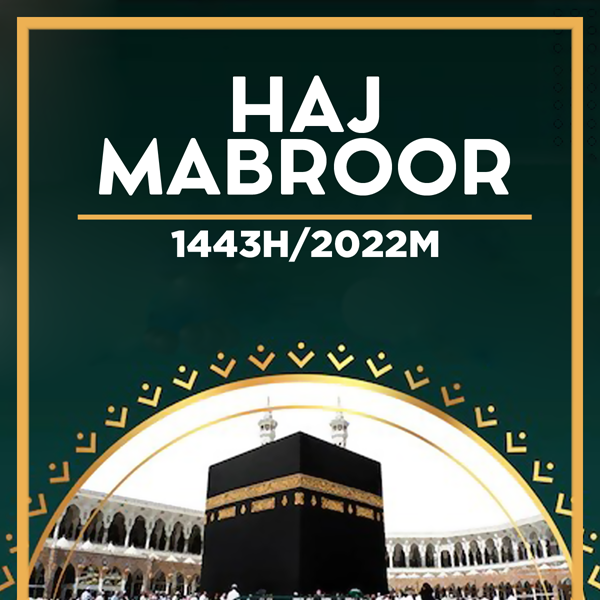 Four hundred and fifty three local Haj pilgrims are gearing up for the climax of Haj, Wuquf, in the day of Arafah this Friday that promises multiple rewards, followed by the subsequent journey to Muzdalifah for the collection of pebbles and stoning in Mina.

One million vaccinated pilgrims, including 850,000 from abroad under the age of 65 are allowed at this year’s Haj – the fifth pillar of Islam that all able-bodied Muslims are required to perform at least once – after two years of drastically curtailed numbers due to the COVID-19 pandemic.

Worshippers in their ihram (white robes) from across the world have packed the streets of Makkah as Islam’s holiest city prepares to host the biggest Haj pilgrimage since the coronavirus pandemic.

This year, Haj pilgrims are privileged and blessed that Wuquf in Arafah falls on a Friday, corresponding to 9th Zulhijjah, 1443 Hijrah following the sighting of Zulhijjah moon in Saudi Arabia last Wednesday.

Pilgrims said it is a testimony of answered prayers to get Haji Akbar this year, (where wuquf at Arafah falls on Friday) following two years hiatus due to the pandemic.

In a pre-departure briefing to Arafah, Darussalam Holdings Sdn Bhd (DHSB) Managing Director Haji Mahmud bin Haji Mohamed said this year’s Haj management is smoother, thanks to the cooperation from the pilgrims.

He said, “To reduce the spread of pandemic, this year’s pilgrims will depart for Arafah at dawn on Friday instead of Thursday night as originally planned.”

Subsequently, on Friday night, the pilgrims will depart for Muzdalifah after the Isyak prayer from Arafah and off to Makkah for Tawaf Ifadah (circling of Kaabah seven times), Saie ( journey from Safa to Marwah seven times) and finally Tahalul (cutting of hair).

On the 10th of Zulhijjah, pilgrims will head to Mina from Makkah and stay in tents for three days and two nights for the stoning rituals.

Head Religious Officer at DHSB Hajah Zaliha binti Haji Ibrahim said, “We are among the chosen ones to be the guests of Allah the Almighty this year. We must pray and supplicate for Allah the Almighty’s forgiveness.”

Meanwhile, Ustaz Hud who is residing in Makkah, advised the pilgrims to do the best as they are heavily tested and called on to perform Haj rituals with sincerity to gain Haji Mabrur.

Meanwhile, the Haj pilgrims occupy their time in Makkah with religious talks after the five times a day prayer, reciting Al-Quran, performing Tawaf Sunnat and carrying out Umrah.

Over the past few days, Haj officials have been making preparations at Arafah and Mina tents set by Maktab 112 for Brunei Darussalam. Each Arafah tent can accommodate 19-20 people and is furnished with a bed, a comforter and pillows.

The pilgrims will hold a recitation of Surah Yaasiin tomorrow night, led by a renowned religious figure in Makkah. A Khatam Al-Quran ceremony has also been scheduled for the pilgrims in Mina.