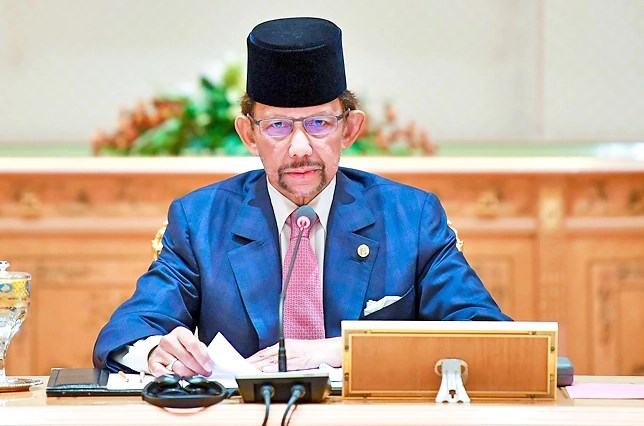 “Change is crucial in moving forward. As such, reshuffling is carried out to meet the demand for change. Whatever the change entails, it is vital for all parties involved, be it through re-appointment or newly appointed, to come together to develop the country,” the monarch said during the Special Meeting of the Cabinet Ministers’ Council at Istana Nurul Iman.

The monarch added in his titah that as leaders, their designations are a form of a trust (Amanah) in a sacred agreement with Allah the Almighty.

“If the trust is not being honoured or is misused, then a violation of agreement has taken place. His Majesty believes that those entrusted with responsibilities must carry them out justly by respecting their subordinates and avoiding the practice of favouritism.

The monarch added that it includes “avoiding finding faults in people under their supervision and punishing them unnecessarily.”

His Majesty reminded the Cabinet Ministers that no one is above the law.

“I don’t favour tyranny in my government because it could attract retributions from Allah the Almighty in the Hereafter.

“If there are weaknesses in their subordinates, it’s their obligation to help them to stand stronger and right their wrongs,” His Majesty said.

“Fixing a mistake is more important and rewarding than taking hasty actions to inflict pain,” the monarch stressed.

His Majesty said as a Zikir Nation, power and leadership in the country must be justly practised.

The monarch also shared a Hadith to remind the Cabinet Ministers “that they will be brought forward during Judgement Day with their hands chained to their neck, unless they practise fairness.

“That is how heavy the responsibility of a leader is”.

His Majesty continued, “In Brunei Darussalam, each ministry employs more than 10 people, with some in the thousands. These people need to be administered and led well so no one feels oppressed.”

The monarch expressed confidence that under good leadership, the country will be blessed with harmony, unity and prosperity.

His Majesty also reminded ministers and deputy ministers that they are permitted to offer advice, but will only be accepted if it is just and true.

“If the advice or idea is related to ministerial plans, then I want it in full details, supported with sound reasoning as it is the only way to ensure fairness.

“When it involves the people or the country, the matter must be resolved quickly”.

His Majesty concluded the titah by congratulating the new Cabinet, and expressed gratitude and appreciation to outgoing ministers and deputy ministers.

His Majesty shared that those not re-appointed have not been eliminated; they have simply been replaced as part of the tradition.

Also present at the meeting was His Royal Highness Prince Haji Al-Muhtadee Billah, the Crown Prince and Senior Minister at the Prime Minister’s Office.

On June 9, the Cabinet Ministers were sworn-in before His Majesty, two days after the announcement of a reshuffling of the Cabinet.